“Pink eyes.” She spoke softly, tauntingly. Her voice carried a playful lilt that belied the poison of her words and effectively demonstrated her love of the power she carried over me, her little sister, with just a few well timed words. “Your eyes are turning pink. You’re gonna cry, aren’t you? Oh, there they are. The tears. Mm-hm. Ohhhh yeeeeeaaah.” The last two words were drawn out in a whisper, the pleasure she was taking from the situation obvious.

I stood with my back against the window in our shared attic bedroom, desk on one side, closet on the other. Her tall, willowy frame in front of me, blocking any escape I could have possibly made. There was no physical violence allowed in our home. No slapping, no hitting, no pinching, no punching, and certainly no wrestling. And no bad words – even “shut up” was a punishable offense. It didn’t matter who “started it”. I knew and she knew in that moment exactly how this would play out. She would say whatever she wanted/needed to say, choosing her words oh so carefully to inflict the maximum amount of damage and control in the situation and yet be entirely innocent if I ever said anything to Mom or Dad, and I would accept it and cower to her power, at least outwardly. She never said anything technically mean, and she did not lie…my eyes were turning pink. I could feel them stinging, my tear ducts defying my internal order to stand down, willing my little self not to show her that she was hurting me or that I acknowledged my helplessness in the face of her three years older ability to absolutely control the situation when it came to me.

She was maybe thirteen or fourteen years old at the time, and I do not recall what event preceded this exchange. I do know now that she certainly didn’t feel powerful in many other areas of her life, and it must have satisfied some small part of her to wield some semblance of control over someone smaller and younger. Issues…everybody has them. Regardless, I was happy to leave my preteens and then my teens behind, knowing that there was no way that this kind of thing would ever happen to me as an adult.

So we come to the issue of social media. I am so uncomfortable in this arena, few of you, except for my soul sister S.M. can relate. My first taste of social media was foul and heart wrenching and devastating. And I wasn’t even a part of it

One sunny Friday afternoon in February some thirty years after the “Pink Eyes” incident, I got a call from a friend. She had been working in the lunch program that day at the kids school. Her voice was nervous and she prefaced her words with, “I really don’t want to make this phone call to you, but I feel like I have to…” and then proceeded to tell me that there were conversations happening that day that somehow involved me without me knowing that I was involved.

Now, to be clear, these women knew nothing about me, other than what they would have seen from a distance. And they hadn’t much time even for that. My first time ever to the school was only in September and I don’t believe any of them had even spoken to me. I do realize, however, that those who see me in the public and do not know me perhaps have thought “there’s a well put together woman, she seems confident and like she knows what’s going on with her life”.

There is absolutely no way that these people who do not know me would have any idea of the struggles I have had with my self-esteem, extreme shyness and my body issues. They wouldn’t know of course the little things I would probably never have shared even with a friend…like the fact I shave the top of my feet and toes to make sure that those blond hairs that show up only when I am least expecting it while wearing flip flops in the sun make me feel gross. Or about the few hair follicles on my chin that have become overachievers since I turned 40. Or how the cellulite I carry on my thighs regardless of how heavy or skinny I am bothers me. How I hate the wrinkles on my forehead and around my eyes, and the freckles on my face I try to cover up with make-up. How badly I have hated being in the spotlight due to how shy I am and how difficult it is to walk into a roomful of people, trying to hide how it makes my insides quiver and my hands shake, hoping people don’t see me and if they do, please God, let them not judge me for my big hips.

Back to the story at hand…there happened to be a Facebook page that was dedicated to recording the thoughts of people who were uncomfortable speaking about things with their face or name attached. It was an “anonymous confessions” page for our area. For some reason a man had posted his experience of having left his wife and three children for his secretary (is that even a legit title anymore?) at work. Apparently after some time of being with this woman, he decided that he missed his old life, his children, and his ex-wife. So, he put it out there to the online community (anonymously of course) to ask them what they thought – if he should try to reconcile with his ex and if she would take him back or something along those lines. The backlash of the online community was aggressive and intense – a lot of people called him a loser and a deviant and that he was unworthy of having happiness in his life. Ever.

Not to be outdone, his new girlfriend, “the secretary”, jumped into the fray and posted comments in defense of her position that were worthy of a hit episode of Jerry Springer.

It should be noted once again that these original posts were anonymous. The people who replied to them were not anonymous. My Love’s ex-wife commented, “Story of my life!” and my sister in law (whom I now love dearly but didn’t know or have a relationship with at the time) commented below that “LMFAO” and tagged the ex-wife, drawing further attention to it.

The ladies of the lunch program at school found this little drama that was unbeknownst to me excessively interesting, and discussed how they were sure that this person who made the original post must be My Love (they couldn’t have known, of course, that he only in the past few months graduated from a flip phone to something more modern and has had a long running aversion to anything technology related, or that he would be mortified to share anything on an anonymous confessions page) and that the “secretary” was undoubtedly me.

They made a plan. My Love had volunteered to haul the skis up to the ski hill for the six-week after-school ski program, and each time, we would unload the skis and equipment at the hill, then sit in the chalet for the few hours the kids skied, then load them up again and drive back to the school. It was deemed appropriate by these curious mothers to use a “code word”, one that was used by the “secretary” on the confessions page, a word that I had to ask the meaning of – “Biznatch”; this code word was to be used loudly near me in the chalet and my reaction was to be watched closely and that reaction would satisfy them on whether I was actually the “secretary” in question or not.

I listened with horror to my friend describe what she had heard in the school kitchen, thanked her profusely and hung up.

I then called another friend, whom I knew was active on FaceBook and asked if she would mind looking to see what was actually posted so I knew what I was being said. It didn’t take her long to find the posts and screen shot me all the things that had been said. I was first thrown into the same feeling of frustrated helplessness that I so long ago felt when dealing with an older sibling who knew exactly how to control the situation and get away with it. I read the screen shots with unblinking, wide eyes. I wondered if my sister would say they were pink.

I realized that this situation was actually not really that different from that of when I was a child. There was, once again, nothing that I could do. If I chose to create a FaceBook account and jump into the conversation, it wouldn’t serve any good purpose…it would merely delight the raving fans of the drama if I was to become a real, not an imagined part of it. And I was loathe to provide them with the delight of getting an undeserved reaction from me, of letting them see that they hurt me with their gossipy mean-girl behavior that should have been so far below them as kind and empowered mothers, daughters, sisters and friends. These are women who I absolutely believe are loyal, loving and supportive friends to their group, not understanding that they belong to a much greater group of people they know and don’t know, simply by virtue of being a woman, a human being and a member of a small community where everyone knows at least something about someone else.

So I dressed warmly that afternoon, headed out and didn’t enter the chalet once. I stood at the bottom of the hill and watched the exuberant kids fly down the hil, out of breath with rosy cheeks and joy shining out of their eyes. And it was a good night.

I never did get any resolution on this situation. I assume that, as with most shallow, gossipy situations, it fizzled out as there was really not as much interest as I thought. There was likely some other, new salacious story to be followed and talked about that didn’t include me or my chosen family.

I do understand that social media isn’t always that way. It was simply my first experience with it. It was awful. And I lived through it with what I believe is some semblance of dignity by simply doing…nothing. And proving once again that when things of a negative nature are said, they are always a reflection more of the people saying them than of the person they are saying them about…after all, there is no way that the women that so delighted in “figuring out” this FaceBook post could have known my story, my insecurities, my reality, my abilities or my dreams.

I tell you this story so that you can understand the vulnerability that I face when posting to a FaceBook page to market my book and to extend my reach to the lovely, good and beautiful women (and men) who may be served by knowing my story.

You may receive a “Friend” request over the next while from me. I would appreciate it if you accept it; and feel free to share what I post on your FaceBook pages as well. If you don’t receive one, it’s because I haven’t figured out how to request to all the people that may be reading this…please send me a “Friend” request and I will accept.

Once again, thank you to all of you wonderful people who support and love me. 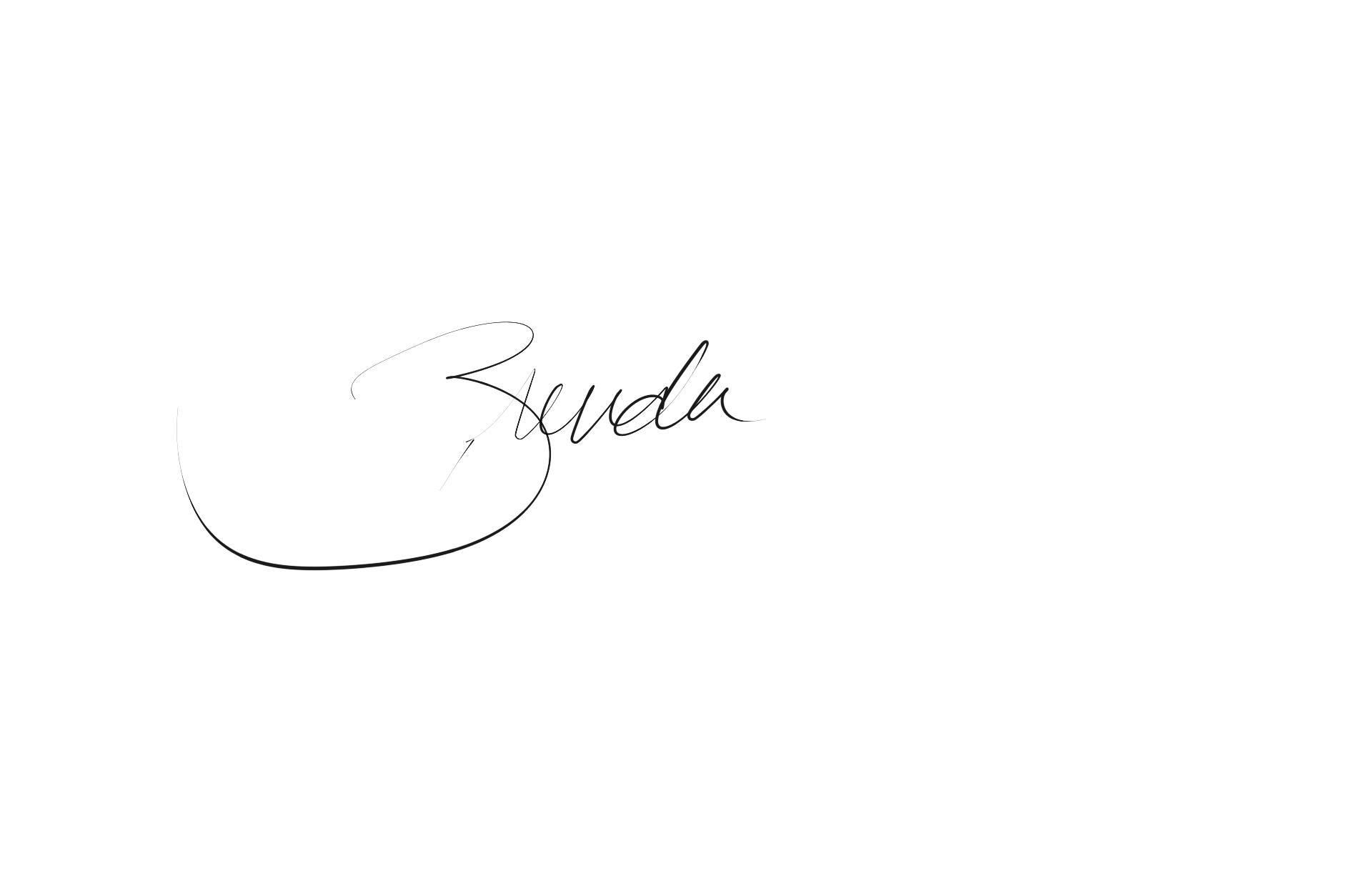 One thought on “Pink Eyes”