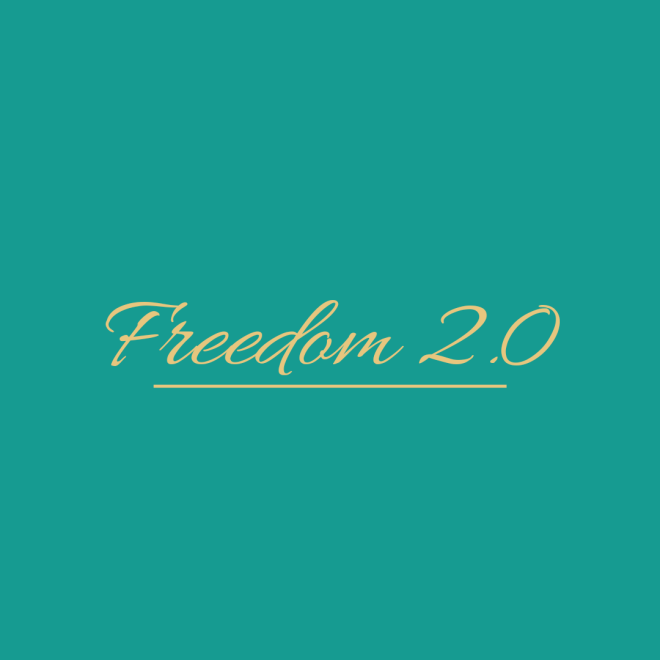 So Friends, I did a thing today. A thing I didn’t think I would ever need to do, not for myself or for anyone else.

I announced my freedom in the form of a letter to the last congregations I had been associated with, voluntarily giving myself “disfellowshipped” status. This is called disassociating oneself from the organization.

Well, a number of things. My family stopped associating with me years ago due mostly, I am sure to the “immoral” lifestyle I lead. The immorality? I live with the love of my life, without a piece of paper issued by the government giving me permission to have sex, share a life, and all the beautiful things that are connected to having a life partner. Added to that is the fact that I no longer accept the teachings of their religion as unquestionable guidance in every aspect of my life.

The penalty for such rebellion is shunning to the point where I have not been privileged even to know about my baby sister getting married, my Aunty getting sick with cancer and then passing, nephews being born, cousins getting married. This is the punishment for leaving a cult.

I decided a long time ago that it didn’t matter to me whether I adopted their label of being a member or not. I didn’t need their label to tell me where I stood. I know where I stand, what I believe and what I know to be truth.

Then a few weeks ago I got a random text message from a formerly beloved elder of mine. I considered him and his wife to be two of my favorite people in my world at one point. I have not communicated with either of them since 2010. Not them as friends, not him as a shepherd in the congregation. I had moved to our sister congregation at the time, and eventually, after several beyond awkward and uncomfortable elders meetings where I felt obligated to share more personal information than was I was comfortable with, I advised the elders that I would let them know if I ever wanted help.

They respected that wish.

I changed my phone number in 2014. I only gave my new number to a few people…my mother, a friend who stayed a friend through all the chaos, and an extended family member from my ex’s family who always had my back.

Almost seven years later, someone gave this elder my number and I received an invitation to their Memorial Celebration, the only thing they officially celebrate.

I chatted about this interesting event with several of my friends. It should be known that they care not what my status is in any organization. They love me, my beautiful family, and stand beside me whatever my choices are. They don’t care if I am a Jehovah’s Witness or not. Disfellowshipped or inactive. A member or non-member. They love because that’s what we do as normal humans.

One of these friends, who just happens to have served as a Mormon elder at one time, when I asked how he felt about officially removing himself from his religion’s membership, talked candidly about labels, family relationships and self belief. He suggested I write a letter and see how it made me feel owning those words. If I chose to send it, that was up to me.

So I wrote those words. It created a small quake in my belly. Indoctrination from birth has some strong holds on a person’s mind, even with purposeful ownership of oneself. But, through the small quake, I felt light and it felt right.

I share my letter with you below, just in case someone needs to know what it sounds like to claim your freedom. This just went out this morning, so you all, dear readers, are reading it before all the members of the organization hear about it.

Here’s to freedom and living your best life in the way you choose, not the way that has been dictated for you.

Body of Elders
——– and ——— Congregations

To Whom It May Concern,

I recently received a text message invitation from an elder in the ——– Congregation to attend the Memorial virtually.

I haven’t been contacted from the congregation(s) with regard to any religious or any other care for approximately a decade, and, in fact, this was according to my wish, so thank you for that. I did not and do not want any “help” from the elders.

Recently, someone saw wisdom in providing the elder body with my phone number, prompting this most recent interaction. As I did not wish to be contacted, I did not give out my number, so this is disappointing to me.

It now feels that I need to be very clear on where I stand with regard to the organization as hope springs eternal for believing members that ones who have left yearn to be back in. This is not the case with myself.

I have been treated as a disfellowshipped person from my family and the majority of those I once considered friends even though I simply faded. This makes me realize that there is no longer any point in not advising you that I wish to no longer be considered a member of the Jehovah’s Witness Organization, inactive or otherwise.

I also understand that there is no point in advising you on all the other reasons why I desire no connection with the organization as these would not be read anyway.

Please consider this my official letter of disassociation. I trust that you will advise the congregations I have been associated with as soon as possible. Please do not contact me further.